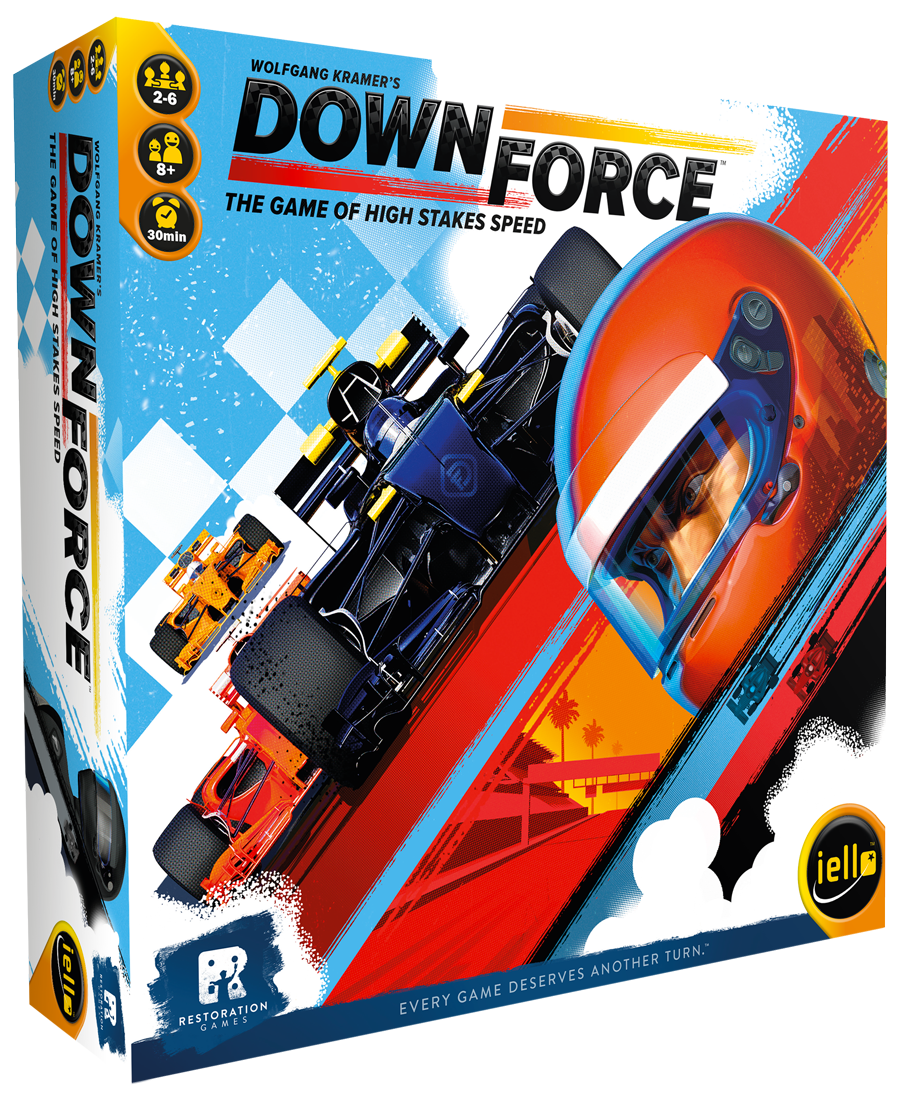 DO THINK AND DRIVE!

The game that premiered at Gen-Con is now available for worldwide distribution! Restored by Rob Daviau from the 1996 Spiel des Jahres recommended game “Top Race”, Downforce puts players behind the wheel of cars with a different Power each. In this thrilling racing game, speed alone will not be sufficient to make you the champion! 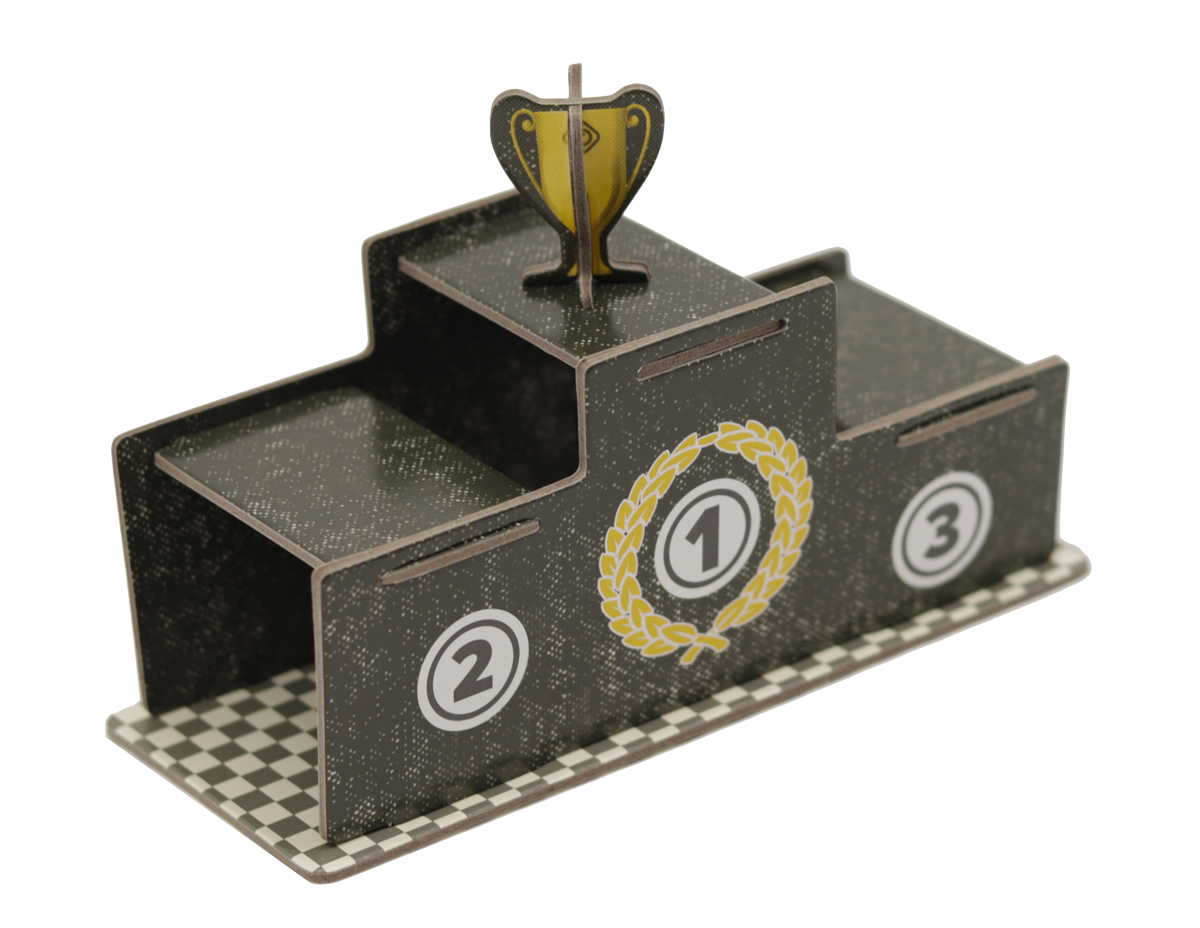 Before the race begins, get a combination of a car and a Power by bidding on it. Then, it’s your challenge to make up for your investment by being among the first to cross the finishing line and by winning the secret bets that you have been placing on the order of arrival. With the speed cards moving several cars, including your opponents’, and the racing course’s tricks, this is a game full of twists that keep all players at the edge of their seats at every turn!

Buy the game from our booth store and get the DownForce's 3D Podium and trophee! 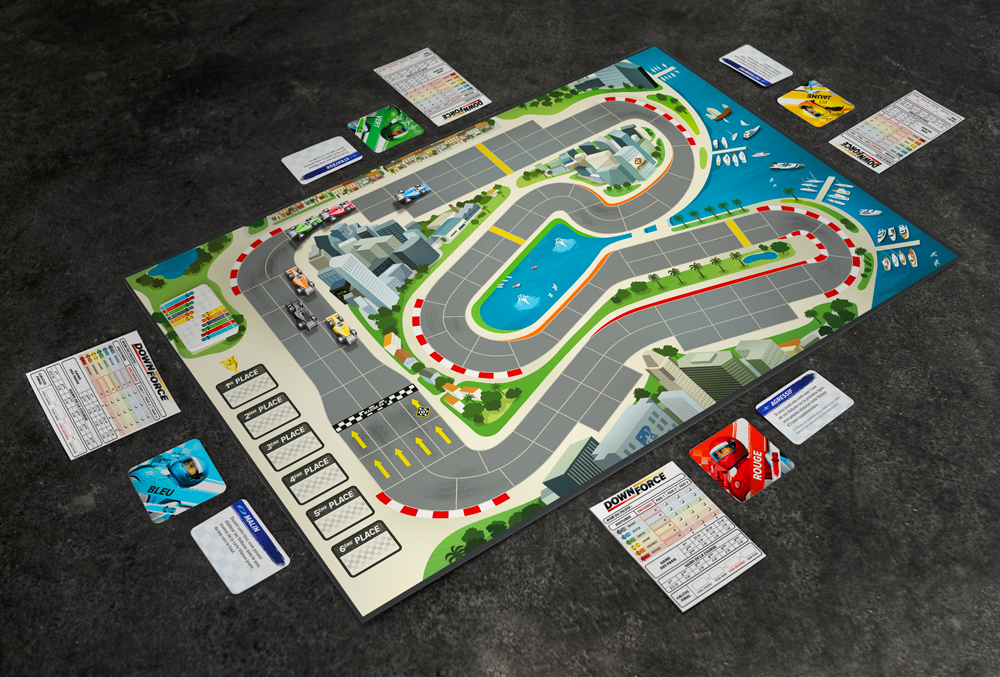